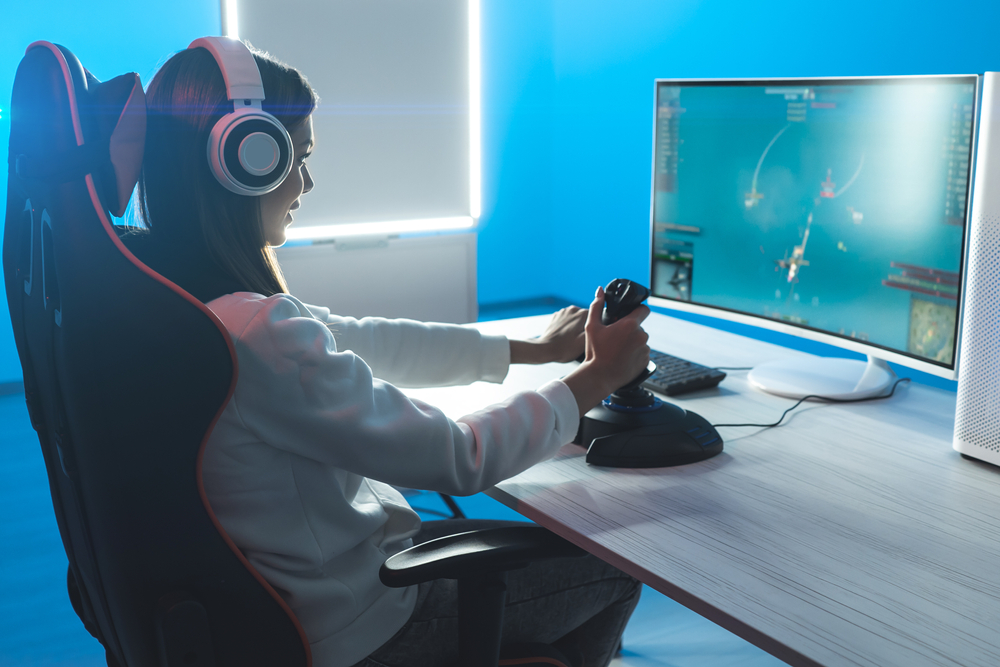 Video games have been around for a long time now. It’s taken over 30 years, but video games have gone from being a hobby that was often the subject of ridicule to a major player in mainstream entertainment (professional Fortnite players, anyone?).

You would think that, with such a long span of time for the industry to get to where it is today, digital advertising in video games is a fairly recent phenomenon.

In fact, digital advertising within games themselves goes back to the infancy of video games, when Pong was a tour de force and the top console was an Atari 2600.

Take a look at our BigPxl guide to digital advertising in video games over the years.

And why not? Adventureland already had a built-in audience. It didn’t take much to leverage that advertisement to tout another game by the same developer.

The game Journey Escape came out in 1982. The game features the rock band Journey at the height of its fame. Your goal in the game is to help each of the band’s four members escape from their crazed fans by reaching a scarab-shaped escape vehicle. You have to dodge noodle-shaped obstacles as well as stuff thrown at each band member. In the background, the band’s song “Don’t Stop Believin'” plays.

The game itself offered a way for the record company to sell more records and tickets for Journey’s tour. And fans of the band could have a little fun.

Home consoles made a comeback in the late ’80s thanks to Nintendo, Sony and Sega. These consoles carried demand into the next decade. The renewed interest and subsequent spike in demand caught the attention of the commercial advertising industry, and soon came the first examples of commercial digital advertising integrated into video games. 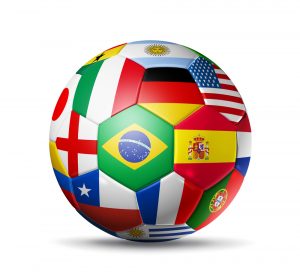 One of the earliest and easiest-to-identify examples was the Amiga platform game Zool: Ninja of the Nth Dimension in 1992. Zool featured branding and integrated advertising from Chupa Chups, a candy company based in Spain. Although games with branding from companies like McDonald’s had already come and gone, Zool was met with a particularly positive response from players, spawning sequels and ports to other platforms.

This success spurred on the industry by integrating branding and advertising into games. Sports titles were especially useful for advertisers, with football and soccer games showcasing recognized brands on in-game banners or being released with exclusive sponsorship deals.

For example, 1994’s FIFA International Soccer featured banners for companies like Adidas and Panasonic. The game title itself had FIFA branding all over it, not to mention any advertising found on player uniforms. Now, you can find plenty of branding in sports-related games.

It didn’t take long for major companies to develop their own games to compete with those putting their name in someone else’s product. Major brands like Coca-Cola and General Mills jumped on the bandwagon when they sponsored games designed entirely around their products and mascots.

While there were a few moderate successes (like 7up’s Cool Spot), anyone who remembers the attempt to turn the Noid into the next Mario likely remembers how disastrous branded games could be. The less said about Pepsi Man for the original PlayStation, the better.

The Next Generation of In-Game Advertising

With the foundation laid in the 1990s for digital advertising in video games, the new millennium saw the gaming industry take another significant step up in mainstream popularity. The dawning of the 21st Century saw video games move from the realm of stereotypical nerds, to an accepted pastime, and then to a multi-million dollar industry. This meant even bigger opportunities for advertisers to reach established and new audiences alike.

Connectivity made some major changes in the way games were played. Online multiplayer experiences, once exclusive to PC gaming, became the norm for almost everyone picking up a controller. This connectivity also presented a unique opportunity that advertisers are still grasping today.

Dynamic in-game ads first emerged in the late 2000s through a technique similar to display advertising. These dynamic ads used similar targeting methods and would show up as in-game banners to games with online functions. Banners would change depending on who was using the ad space.

A great example of this included online-enabled games like Burnout Paradise, Need for Speed, Skate, and Madden NFL 09. These titles were used to run dynamic campaign ads for then-presidential candidate Barack Obama in 2008. 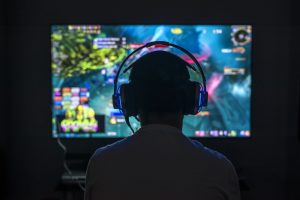 Product placement has been a staple of in-game advertising from the early days. But the increasingly cinematic nature of video games has allowed better integration of product placement.

Not only are branded products featured in the same way they would be a major movie, but they can also represent useful or unique gameplay mechanics.

2008’s Metal Gear Solid 4 gave you an official Apple iPod in-game, allowing you to select music from past games in the long-running franchise or developer commentaries you could listen to as you played. 2016’s Uncharted 4: A Thief’s End, another entry in a hugely successful game franchise, had your character use a Sony smartphone to take pictures during the game that would help solve puzzles.

No conversation about digital advertising in video games is complete without addressing mobile games. The mobile gaming industry has become a major moneymaker and has offered endless opportunities for advertisers. In-game ads, banner ads, and pay-to-play with specific branding are all features packed into short, convenient, and addictive time-killers that can be accessed with a few swipes of the thumb. Even people who don’t consider themselves gamers likely have at least a few favorite time-wasters installed on their smartphone. (Looking at you, Candy Crush Saga.) 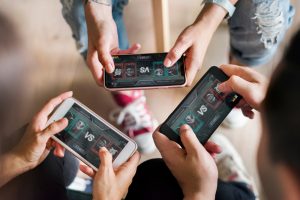 So…Where Is This All Going?

What about the future? Video games are rapidly evolving.  Virtual reality gaming is on the cusp of taking off after more than a few false starts. The more immersive and interactive video games become, and the more ubiquitous they are in daily life, the more opportunities emerge for creative marketing and digital advertising.

Digital Advertising & the Future of Entertainment

We cannot deny the potential of video games and the gaming industry when it comes to digital advertising. In fact, the ever-increasing digitization of the world we live in is always opening up new opportunities to reach new people. If you want to make the most of these opportunities, contact BigPxl today. We can help you capture more of the digital space and your target audience so you can focus on your core business model.